Gonzales is a member of the California Agricultural Commissioners and Sealers Association (CACASA) and he has served on CACASA's Pesticide Regulatory Affairs, Finance, Mill Distribution, and Nursery, Seed and Apiary committees. He also represents CACASA on the California Department of Pesticide Regulation Worker Safety Regulation Work Group. Additionally, he is a member of the California Department of Food and Agriculture's Ad Hoc Advisory Committee to the Office of Pesticide Consultation and Analysis. He has also served on the University of California Statewide Integrated Pest Management Program Advisory Committee.

Gonzales grew up in a family of migrant farm workers. They traveled around the state harvesting crops and performing other farm work, living variously in rental units, labor camps, and in orchards themselves. His family settled in Salinas when he was 10 and, at the age of 13, he started working on farms during summer vacations and weekends. He was a member of the United Farm Workers of America.

"I remember thinning lettuce with the infamous short-handled hoes called el cortitos (the short one in Spanish) and picking lettuce in a crew with my then-69-year-old grandfather."

Pesticide-related issues: Dollarwise, Monterey County is the fourth most productive agricultural county in California, primarily growing fruits and vegetables on about 250,000 irrigated acres. Pesticide use receives the attention of growers, the CAC pesticide use enforcement team, and advocates. In 2016, The CAC formed the Farmworker Advisory Committee (FWAC) -- an informal group that meets quarterly. FWAC initiatives include a pilot project to improve pesticide field postings (one of the signs – clearly marked – must include the date and time the restricted entry interval expires) and creation of business-card sized cards that inform farmworkers to call the CAC in case of a pesticide incident or to obtain general information about pesticides. The cards are distributed by FWAC members and agricultural commissioner inspectors when conducting field worker safety inspections. 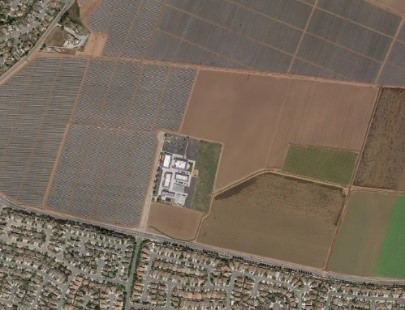 In the summer of 2018, the Agricultural Commissioner's Office launched the Farming Safely Near Schools website to provide information and notification to interested parties around and near Ohlone Elementary, Pajaro Middle, and Hall District Elementary schools before a farm fumigant is applied near school grounds. Recently, North Monterey County schools have been added to the project. People who sign up are notified five days in advance of fumigant pesticide applications within a quarter mile of the 10 schools now in the pilot project. The email and text notifications provide the location of the application, the scheduled day, and the materials to be applied.

In addition to the notification system, the bilingual website has a section displaying maps of the schools in the pilot project and surrounding farms, information on pesticide use regulations, commonly asked questions about pesticides, a health section featuring tips on reducing pesticide exposure and information on what to do if you think you have been exposed to a pesticide.

In May 2019, the CAC partnered with DPR to host the "DPR Environmental Justice Pesticide Enforcement Workshop," a two-day event for 50 advocates and professionals in the greater Monterey Bay area. See the slideshow.

"What the Environmental Justice Pesticide Enforcement Workshop revealed is that there is in the community a lack of understanding about pesticide use enforcement and a desire to know more."