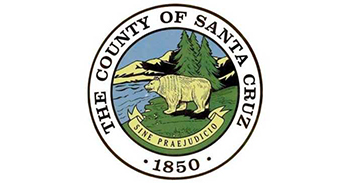 The Santa Cruz County Agricultural Commissioner's Office (CAC) was founded in 1910. In 1984, the office merged with the county's Weights and Measures Department to become a single department in the office of the Agricultural Commissioner and Sealer of Weights and Measures. In 1993, the Division of Mosquito Abatement and Vector Control was formed under the CAC's oversight. The CAC has 20 full-time employees and hires nine seasonal staff during the spring and summer months to support pest detection, Asian gypsy moth delimitation trapping, and mosquito management programs. 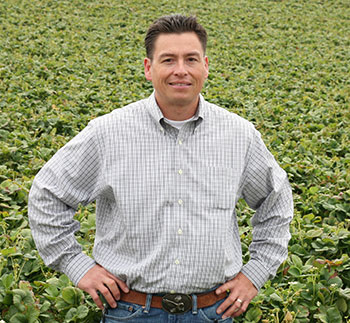 Juan Hidalgo was appointed Agricultural Commissioner/Sealer of Weights and Measures on Dec. 14, 2015. He grew up in the San Francisco Bay Area and graduated from UC Davis with a bachelor's degree in Animal Science. He began his career working for Foster Farms in 2000, overseeing various poultry production farms in the Central Valley. In 2003, he accepted a seasonal position working with the Marin County Department of Agriculture, inspecting incoming nursery stock for glassy-winged sharpshooters – a disease-spreading insect that threatens vineyards – and assisting with the organic program. In 2004, he accepted an inspector position with the Santa Cruz County CAC's office.

His inspector experience includes work in pesticide use enforcement, weights and measures, and work in the organic registration program. In 2012, he was promoted to Deputy Agricultural Commissioner overseeing the Pesticide Use Enforcement program. As deputy, he worked closely with growers and industry addressing new pesticide label changes and regulatory requirements.

The CAC, in collaboration with the California Department of Food and Agriculture, has conducted intensive delimitation trapping since an Asian gypsy moth was found in the City of Santa Cruz in August 2017. This was followed by a second discovery in July 2018. The Asian gypsy moth is an invasive species that can defoliate forests and urban trees when found in high numbers. The CAC hopes to declare Santa Cruz County free of Asian gypsy moth in the fall of 2021.

Organic farming is an important and growing part of agriculture in Santa Cruz County. Certified organic farmland – including pasture – has increased from 2,800 acres in 2009 to 8,032 acres in 2019. Organic agriculture represents about 20 percent of the total gross production value for agricultural commodities in the county.

For several decades, the use of field soil fumigants, such as methyl bromide, has played an important role in the production of strawberries and raspberries – Santa Cruz County's top two commodities. Methyl bromide was phased out from agricultural production in 2016 and other fumigant alternatives have taken its place. Industry continues to research alternatives to control soil-borne diseases in strawberry and raspberry production to reduce the use of soil fumigants.

"One of the latest production practices involves planting using a substrate, akin to growing plants hydroponically, and brings other benefits such as the ability to recycle nutrients," Hidalgo said.

Providing Services During the Pandemic:

Hidalgo says one of his office's greatest accomplishments has been his staff's quick adoption of new programs and technology to continue serving the public while staying safe. The CAC has shifted to issuing and renewing Restricted Material Permits (RMP) and Operator Identification Numbers (OIN) via teleconference or online meetings. Signing of legal documents, such as RMPs or Certified Producers Certificates for Farmers' Markets, has relied mainly on using electronic signatures via email.

"Clients have been very understanding of the new way to do business and this has led to a success in using technology to continue to provide a high level of service," Hidalgo said.

The CAC continues to work towards incorporating equity into services by providing information in both English and Spanish.

"We have made improvements in the last year to update information on the department's webpage in both languages," Hidalgo said. "General information sent to our growers, whether via email or regular mail, is sent in a bilingual format. The Santa Cruz County Annual Crop Report is now also published in Spanish. Our office continues to ensure that we have bilingual staff that can serve and assist our Spanish speaking clients."