The Commissioner's Office is located at 316 Nelson Ave., Oroville. Field offices are located in Gridley and Chico. The county's top crops are rice, almonds and walnuts.

From 2012 to 2013, Mendoza was president of the California Agricultural Commissioners and Sealers Association. Today, he continues providing leadership on various CACASA committees.

Mendoza was born and raised in the Durham-Dayton area of Butte County, south of Chico, where he grew up working on his family's almond orchard. He graduated from Chico State University with a degree in biology in 1985. He considered a career in dentistry but, in 1987, he took an agricultural biologist position with the Glenn County Agricultural Commissioner's Office, launching his 33-year career with the agricultural commissioner's system.

Mendoza and his wife, Maggie, have two sons: Joshua, a high school sophomore, and Louie Jr., who attends Chico State. 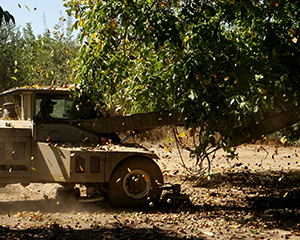 Butte County has 100,000 acres of rice (20 percent of the state total). This means a lot of time is spent monitoring and enforcing issues related to rice pesticides, Mendoza said.

"Most of the herbicides have limitations or restrictions. We spend a lot of time on rice during rice season -- the last week in April through mid-July," he said.

The county also has dealt with natural disasters, including the Oroville Dam spillway failure in 2017, which disrupted downstream farming activities, and the 2018 Camp Fire in Paradise. In addition to a huge human and environmental toll, he said, the fire "affected a lot of pasture land, and some bee hives, nurseries and a seed company up there."

The latest emergency involves COVID-19. The coronavirus outbreak has created a shortage of N-95 respirators, gloves and coveralls -- equipment frequently used in pesticide applications that is now being routed to healthcare workers. He noted DPR has been working with agricultural commissioners in creating guidance for personal protective equipment alternatives.

"For our growers, that is one of the issues were we're working on. We've been very proactive in educating our growers."

"We try to keep staff fully capable to handle any kind of pesticide-related issues," he added. "We implement social distancing and do as much as we can electronically, so we don't need close contact."

Mendoza counts working with the public and agricultural industry on pesticide matters as among his office's greatest accomplishments, along with representing CACASA and California agriculture in Washington D.C. and other international venues.

"We get asked to do outreach through industry groups. ... We do that for growers we go out and provide information."

Industrial hemp production is entering its second year in Butte County. The office is working on pesticide-use issues surrounding this relatively new commodity, he said.

Generally, the department is also increasing its pesticide-use monitoring inspections and responding to pesticide-drift complaints.

"The department ... is spending a lot of time educating growers and their employees on best management practices when making pesticide applications," he said. 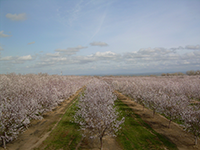 The department will continue to be involved in the Annual Farm Bureau Grower Day, in early December. Mendoza also plans continued involvement at Farm Bureau, CAPCA (the California Association of Pest Control Advisers), and commodity organization meetings to provide updates on pesticides-use requirements.

In addition, the department also plans to continue its semi-annual pesticide container recycling event for growers. This is a great opportunity for growers to easily recycle previously used containers properly.